Eyal Weizman was interviewed by Marc-Christoph Wagner at Forensic Architecture’s studio in London, in April 2022. As the head of Forensic Architecture, he is renowned for his part within the multidisciplinary research group, using a combination of architectural technologies and techniques to investigate instances of state violence and violations of human rights across the globe. Growing up in Haifa, Israel he developed an understanding of the political connotations within architecture from an early stage. 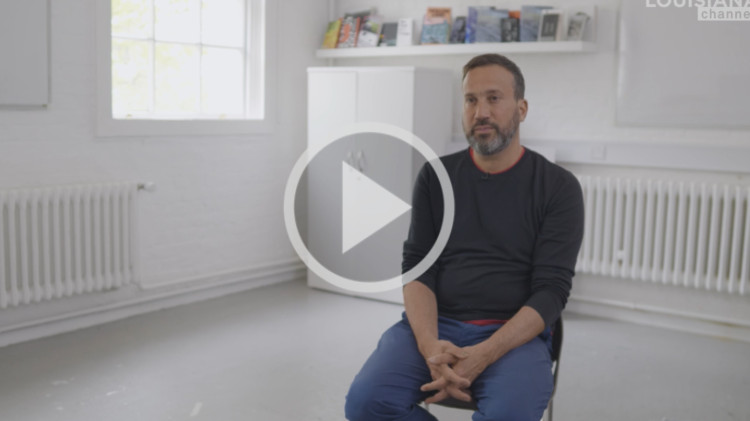 Differing from the more traditional architectural company, Forensic architecture works with grassroots activists, media organizations and international NGOs, carrying out investigations on behalf of people affected by political conflict, border regimes, police brutality and environmental violence. They use varied architectural methods and tools in order to conduct spatial and architectural analysis of particular incidents. Reconstructing spaces using visualization and 3D rendering technologies, both reconstruct what happened in them.

Not only does Forensic Architecture give voice to materials and structures, it offers a voice to people by translating and disseminating the evidence of the crimes committed against them. Telling stories visually using evocative imagery and sound. The practice studies how space is actually sensitized to the events that take place within it; the investigation and representation of testimony depend upon how an event is documented, perceived and presented.

There is a principle of forensic investigation called the ‘look hard principle’ – and it claims that every contact leaves a trace. Because many of the crimes that Forensic Architecture is looking at today happen within cities, happen within buildings, architecture becomes the medium that conserves those traces – Eyal Weizman

Using 3D models they are able to facilitate memory recollection from witnesses that have experienced traumatic events, reconstructing  the space in which the incident took place, then re-enacting the events that took place within the constructed model. They use numerous public sources, including: social media, satellite data, news, government websites and blogs, and ensure their results are available online, exhibiting select cases in museums and galleries for public observation.

Our work is about care. It is about attention. It is about developing and augmenting the capacity to notice, to register those traces. But that’s not all. Then we need to connect them – one trace to the other. In that sense, our work is like a detective. We look at the past in order to transform the future – Eyal Weizman

Eyal Weizman is the founder and director of Forensic Architecture and Professor of spatial and visual cultures at Goldsmiths, University of London. Studying at the Architectural Association, graduating in 1998, he is a member of the Technology Advisory Board of the International Criminal Court and the Center of Investigative Journalism. Author of books including Investigative Aesthetics, Forensic Architecture and Hollow Land, in 2019 he was elected life fellow of the British academy, also receiving an MBE for ‘services to architecture’ in 2021.

Call for Entries: Earn the Title of “World’s Best Architecture Firm” in the 11th Annual A+Awards!

The 51 Best Cyber Monday Deals of 2022: Here’s What AD’s Editors Are Shopping